Sleeping in on Saturday mornings is pretty blissful even when sleeping in means waking up at 7:30. Such is the ridiculousness of an early morning weekly schedule, I couldn’t sleep any longer even though I tried! Now I’m indulging myself in some Oregon Chai and catching up on some of my weekly TV shows, especially the ones I don’t care too much about so I can play candy crush while I watch them, HA!
How about a review of what I’m watching on TV this fall, albeit I haven’t had cable in four, maybe five? years now, no wait SIX, so I am watching everything a day later on Hulu or CBS All Access or whatever site… or I am watching everything sometime during the week, maybe in a big chunk on Friday night heh.
Sunday:
Brooklyn Nine-Nine : this show is SO on this year. One of my absolute favorites. And I don’t care much for Andy Samberg in other formats but I love him here.
Quantico : I like it. Nice eye candy among the real male/female leads. Silly, sure, but…
The Good Wife : Still solid but I’m finding myself less interested this season.
I need to maybe pay for Showtime so I can get back to Homeland which I do really love. But I can’t decide if I should do it via Hulu or via Showtime on my Roku. Not sure why I can’t make the decision but hello I don’t seem to be able to commit.
Monday:
The Mindy Project : SO good. This show has been solidly laugh out loud funny every episode this season.
Castle : Still mediocre. But watchable. [Candy crush time!]
Jane the Virgin : This show is very uneven for me. Intentionally soap-y but still unbearably stupid at times. Yet I keep watching. [Often while grading.]
Life in Pieces : A great companion piece to Mindy, lots of funny stuff about parenting. But suddenly no new episodes showing up. Did it already get cancelled?
Supergirl : I watched ep 1 and liked it but haven’t made it through ep 2 yet. Calista Flockhart was a nice surprise!
I do want to start watching Fargo but I need to watch season 1 first. I just listened to Kirsten Dunst on Nerdist and season 2 sounds SO fab.
Tuesday:
NCIS : can’t stop, won’t stop.
NCIS New Orleans : pretty bad but, again, a good backdrop for candy crush and grading, oh the never-ending grading.
Chicago Fire : LOVE IT although this season has been pretty heavy so far, not many light moments.
The Grinder : Pretty funny. Rob Lowe’s character is not really as much Chris Trager (sp?) as it seemed at first, perhaps even less self aware HA!
The Flash : silly, fun.
Wednesday:
Nashville : I watch it ONLY for the music, not even kidding. The story lines have gotten BEYOND REPETITIVE. How many times can Will regret being gay? SERIOUSLY. How many times can Scarlet or Deacon completely fall apart. How many times can Maddy be annoying. I mean, good grief. But I still love the arrangements.
Empire : I am about to stop watching this despite the music. Less seasons in and it’s already got all the same problems as Nashville, soapy stupid story lines, I just can’t even stand some of them.
Black-ish : HILARIOUS. Love it. Diane may be my favorite television character OF ALL TIME. She’s so on the money. And Junior’s so unconsciously dopey.
Rosewood : Kinda dumb, but watchable as background. Heh.
Arrow : Better than it was last season. I love Felicity and I’m obsessed with Thea’s hair. Everyone on this show is damn good-lookin’. Still wish this was more like The Flash which it really suffers in comparison with.
Thursday:
Haven : SO dark this season. Mmmmmm, Nathan.
Sleepy Hollow : I really like this show. I love their partnership. I think it’s really well filmed with the right mood / tone. Even though it’s silly, it seems better produced than many other silly shows (particularly when watched in contrast say with Bones that it recently did crossover eps with. The Sleepy Hollow one seemed SO much smarter than the Bones one).
Vampire Diaries : Kinda boring without Elena frankly and this season has gotten so dark and sad. But, AGAIN, background (ha, how boring this post must be for you to read!).
The Player : Kinda stupid.
Things I watch occasionally on my iPad in bed as I fall asleep:
Trevor Noah on the Daily Show
Things I tried but could not even watch:
Stephen Colbert : (I know) and
Blood & Oil : seriously unwatchable.
Things I gave up:
Reign
Yup, I have no spare time at all but SOMEHOW I still watch a lot of TV. Sometimes I do have to rewatch episodes because I watched one while grading and then when I try to watch the next one I can’t figure out what’s going on HA. But you know I don’t feel bad about spending time on TV when it doesn’t mean I’m losing reading time now that I have my transit reading time back (last year, I drove to work with someone which eliminated all my reading time). I’ve been burning through books and SO HAPPY ABOUT IT. Heh. 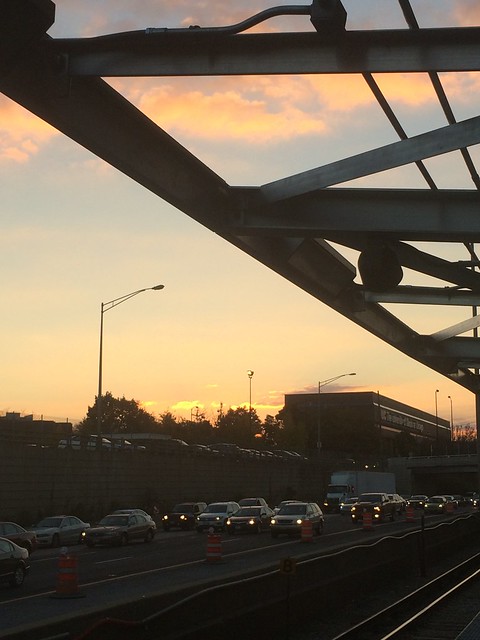